Due to COVID-19 restrictions and concerns, this meeting will be hosted via Zoom Application without an anchor location. Any members of the public that would like to join the public portion of the meeting will need to email a request for invite to the District Clerk at admin@NFSSD.org or call 801.225.7263 or 801.404.4734 prior to the meeting/hearing.

Visit NFSSD.org for additional information including meeting minutes and a link to access The Little Manual for Local and Special Service Districts.

Monthly Meeting of the Board of Officers

– Chief Marsella sent out the fire reports prior to tonight’s meeting. There were nine transports in September which is average for this time of year. Wildland has received $364,225.55 of the $542,141.04 in billings that have been submitted to the State of Utah.

Non-emergency phone numbers should be used to report parking problems within the District.

The goats have been placed within the District to aid in mitigation, HOA’s interested in this program can reach out to the District.

Wildland Urban Interface will become part of the equation in 2023ish

– Emily Johnson-District Clerk presented. Check registers were emailed to the Board prior to this meeting. Duaine Dorton gave a summary of the Financial Committee’s October meeting.

– Joseph Martin-Controller (Joe) sent out the financial reports prior to this meeting.

– Aubree Lincoln-Public Works presented. Graphs and reports were distributed to the Board prior to the meeting.

#1 Approval of the September 2021 Board Meeting Minutes

– Chief Marsella is proposing two full time staff positions within the fire department for the 2022 year. Matter is being tabled until next month’s 2022 budget hearing.

– Chief Marsella is proposing the District buy a Type 3, smaller commercial pickup to cross bridges and get into places such as Bear Claw. This will be paid with funds from the 2020 and 2021 Wildland income. The Board is asking for more information and vehicle options. Chief Marsella will return next month with more details and confirmation on numbers including the possible sale of the old engine 213. It could take 12 to 18 months for a new truck to be built. Duaine Dorton motioned to table this matter until next month pending further information, Stewart Olsen seconded this motion. All aye, no opposed. Matter tabled.

– Chief Marsella is proposing plans be drawn to give direction for the future building of a fire house. True architectural plans are approximate $35,000. This $35,000 has been included in the 2021 and 2022 budget, he is asking that he be allowed to obtain architectural plans. The Board is asking that the Fire Committee put together a list of needs and the conceptual drawings that were drawn up previously. Duaine Dorton motioned to table the mater until next month. Keith Payne seconded the motion, all aye and no opposed. Mater tabled.

– Stephen Miche is seeking to have a policy in place that reads “average rate charged on failure of meters”  allowing the District a solution should a meter not be readable. Duaine Dorton motioned to table the mater until it has been vetted by our legal counsel and presented to the Board in its final format. Stewart Olsen seconded the motion, all aye and no opposed. Motion tabled.

– Stewart Olsen is requesting some money to get State documents and agreements for our wastewater system and drain fields. This would include costs of GRAMA requests, copies, or legal counsel. Chad Linebaugh motioned to grant  funds for Stewart Olsen to seek documents not to exceed $500 in cost. Scott Hart seconded, all aye and no opposed. Motion passed.

– Stewart Olsen is requesting that the designee be changed from Duaine Dorton to the new Storyteller’s Canyon designee (due to the sale of Sundance Resort) regarding the WasteWater Compliance Agreement. Stephen Miche stated he has been talking to our legal counsel about making changes to the agreement, due to unforeseen circumstances the completion date has been extended as well as other changes that have occurred with the purchase of the Sundance Resort.  Stephen hopes these can be addressed at one time. Stephen will meet with Stewart outside of the meeting to discuss this. Chad Linebaugh motioned to allow Stewart Olsen to work with Stephen Miche and the attorney on fixing needed changes to the Wastewater Agreement. Duaine Dorton seconded this motion. All aye, no opposed. Motion passed.

#9 Freeze of all fees based on Property Assessed Values

– Keith Payne is proposing a freeze of fees tied to property values at their current level. Assessments of property values in the NFSSD have risen annually over the past several years. Keith feels as a Board they need to show that we are being fiscally responsible with  the charges being assessed to District members and “not get caught up with consistent County, State and Federal annual  increases”  Our  long-term debt remains fixed, and  our current obligations have been within budget for years. He is asking the freeze start in 2022.

Discussion of how freezing the increase my cause issues in the future (pile up) and how the housing/property market has been increasing lately. Stewart Olsen explained that the original fee was set to fluctuate with the rise and fall of property values at .00158% of the County assessed value of property. There are  many projects the District is trying to accomplish; the anticipated 2022 fire rates were considered when Chief Marsella and staff complied the tentative 2022 budget. Discussion ensued regarding District fees, taxes and how revenue is generated within the District. Stewart Olsen motioned to table this matter; Scott Hart seconded. All aye, no opposed. Motion passed.

Due to a holiday the board meeting will be held the first week in November with the Budget Hearing which will take place at 6:00 p.m. November 4, 2021. 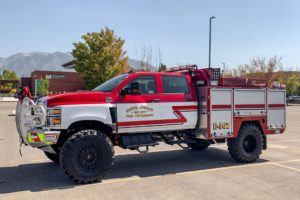 Looking down into the dark gulf below down.
© Copyright NFSSD. Site by Zen-Fish.com